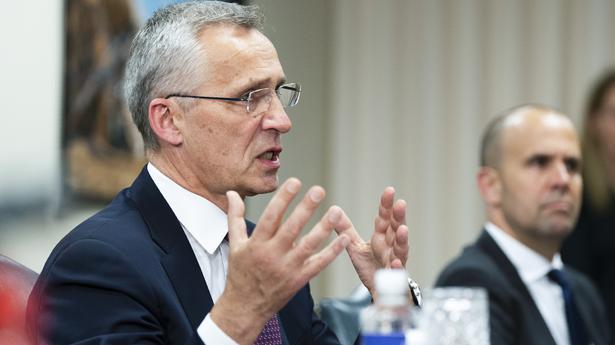 NATO Secretary-General Jens Stoltenberg has met with Finland’s Prime Minister and spoken to Turkey’s President as he seeks to beat Turkish resistance to Finland and Sweden becoming a member of the alliance.

Mr. Stoltenberg, who visited Washington this week, tweeted late Friday that he met with Finnish Prime Minister Sanna Marin whereas there and mentioned “the need to address Turkey’s concerns and move forward” with the Finnish and Swedish membership purposes.

Russia’s conflict in Ukraine pushed the Nordic international locations to use to affix NATO, however Turkish President Recep Tayyip Erdogan accuses Sweden and Finland of supporting Kurdish militants deemed by Turkey to be terrorists.

Mr. Stoltenberg stated he had a “constructive phone call” with Mr. Erdogan, calling Turkey a “valued ally” and praising Turkish efforts to dealer a deal to make sure the protected transportation of grain provides from Ukraine amid world meals shortages brought on by Russia’s invasion. Mr. Stoltenberg tweeted that he and Mr. Erdogan would proceed their dialogue, with out elaborating.

The NATO chief’s diplomatic efforts got here earlier than a gathering of senior officers from Sweden, Finland and Turkey subsequent week in Brussels, the place NATO relies, to debate Turkey’s opposition to the purposes.

Pennymac locks mortgage charges as much as 90 days