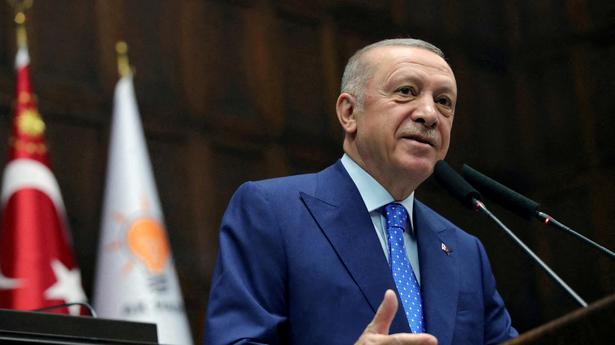 President Tayyip Erdogan stated on Wednesday that Turkey will rid northern Syria’s Tal Rifaat and Manbij areas of terrorists, confirming the targets of the brand new incursion for the primary time and saying it’s going to proceed into different areas.

His feedback, in a speech to lawmakers from his ruling AK Party, got here per week after he pledged a brand new navy incursion on Turkey’s southern border towards the U.S.-backed Syrian Kurdish militia YPG, which Ankara views as a terrorist group.

“We are going into the new phase of our determination to form a 30-km deep safe zone along our southern border. We will clear Tal Rifaat and Manbij of terrorists, and we will do the same to other regions step-by-step,” he stated.

“Let’s see who supports these legitimate steps by Turkey and who hinders them,” Mr. Erdogan added.

Ankara has carried out 4 operations in northern Syria since 2016, seizing tons of of kilometres of land and pushing some 30-km deep into the nation, primarily concentrating on the YPG.

While backing opposing sides in Syria’s warfare, Turkey has coordinated with Russia on its navy operations.

Turkey’s cross-border operations have been criticised by its NATO allies, notably the United States and a few have imposed a collection of arms embargoes on Ankara. Washington expressed concern at any new offensive in northern Syria, saying it could put the U.S. troops in danger and undermine regional stability.

Ankara’s announcement of a brand new offensive in Syria coincides with its objections to Finland and Sweden’s NATO bids on the grounds that they again Kurdish militants and teams Turkey deems terrorists, and due to arms embargoes imposed by over a 2019 Turkish offensive into northern Syria.