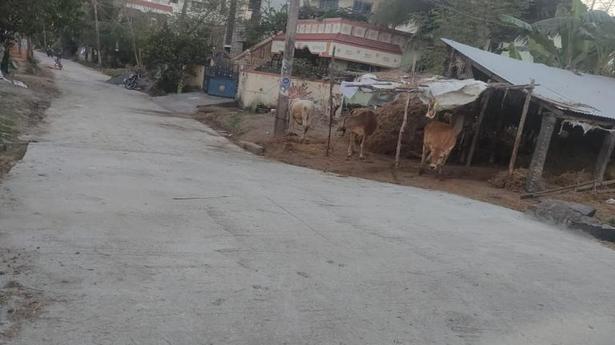 P. Chandrasekaran funded a 290-metre concrete highway and the work was accomplished in a month

P. Chandrasekaran funded a 290-metre concrete highway and the work was accomplished in a month

In a noble gesture, P. Chandrasekaran, 31, a techie from Nallavur close to Vanur in Villupuram district, spent ₹10.5 lakhs that he had saved up for his wedding ceremony to put a concrete highway, a long-pending demand of the residents of Nallavur. Mr. Chandrasekaran has no regrets relating to his choice.

A senior technical lead with HCL Technologies Ltd. in Chennai, Mr. Chandrasekaran, had saved up over the past two years for his wedding ceremony, scheduled on September 1. However, moved by the sufferings of the individuals of Nallavur over the pathetic situation of the highway, he determined to make use of the cash to put a concrete highway within the village.

“It was a concrete road that was laid 25 years back. The road was completely damaged and residents were left wondering if the road would be re-carpeted at all. Commuting was next to impossible and residents had been facing much hardship due to the poor condition. Although repeated representations were made to the authorities concerned, they cited paucity of funds for the delay in relaying the road,” says Mr. Chandrasekaran.

It was then that Mr. Chandrasekaran determined to put the highway from the cash saved for his wedding ceremony. He approached officers within the Block Development Office in Vanur in January, searching for permission to put the highway below the  Namakku  Naame scheme geared toward creating civic infrastructure in residential areas.

“Initially, I was asked to pay 50% of the total allocation for the work under the scheme and the bill would be released at the end of the work. However, I found out that after Goods and Service Tax (GST) deductions and various other ‘bureaucratic hurdles’, the final amount may not be sufficient for road work. I was not a registered contractor with the Government and hence decided to spend the entire amount from my own pocket to lay the road,” he added.

Mr. Chandrasekaran’s dad and mom – S. Perumal and P. Lakshmi – have been initially hesitant over his choice to put the highway as they feared inviting the wrath of the native politicians. However, he satisfied them and approached the District Administration searching for sanction to start the work.

Mr. Chandrasekaran’s buddy within the Villupuram District Collectorate helped him get the executive approval for taking over the undertaking with 100% contribution below the  Namakku  Naame scheme. The work to put the 290-metre concrete highway commenced in March and was accomplished in a month.