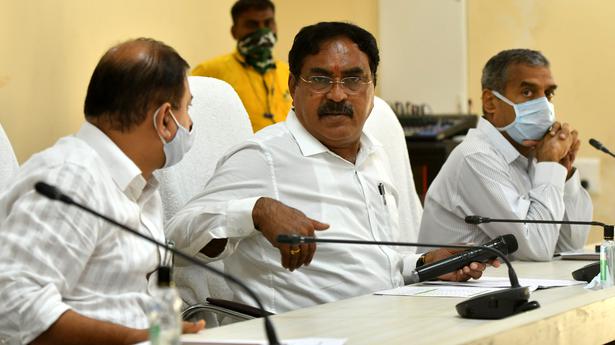 There aren’t any pending payments pertaining to gram panchayats (GPs) mendacity with the Panchayat Raj and Rural Development Department because the State authorities has cleared nearly all payments due from its aspect, Minister for PR and RD Errabelli Dayakar Rao informed the representatives of sarpanches who known as on him right here on Thursday.

In response, the Minister defined to the delegation together with proof (launch orders) and said that there aren’t any pending payments due from the State authorities to gram panchayats as all funds and grants had nearly been launched. He assured the sarpanches that remaining dues, if any, too could be cleared.

The Minister said that there are dues of ₹1,140 crore funds pertaining to the fabric element underneath the Mahatma Gandhi National Rural Employment Guarantee Scheme (MGNREGS) from the Centre and they might be handed on to the gram panchayats as and after they have been acquired by the State.

On the funds launched by the State Government, Mr. Dayakar Rao defined that ₹760 crore payments pertaining to Gram Panchayat roads and one other ₹166 crore funds have been launched underneath completely different heads. The dues pertaining to the cement-concrete (CC) roads could be launched as and when the Centre releases them.

I’ve a nine-year NI file, so how can I high it up?