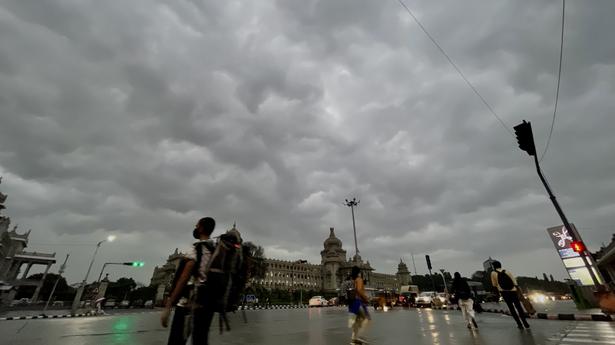 The announcement got here after a chronic assembly between Karnataka Chief Minister Basavaraj Bommai and Primary and Secondary Education Minister B.C. Nagesh.

The announcement got here after a chronic assembly between Karnataka Chief Minister Basavaraj Bommai and Primary and Secondary Education Minister B.C. Nagesh.

With protests brewing over the revised faculty textbooks, Chief Minister Basavaraj Bommai late on Friday mentioned the State authorities had “an open mind, if there was any objectionable content in them”, and introduced that the fabric associated to twelfth century thinker Basaveshwara could be “suitably altered in order not to hurt sentiments”.

Many Veerashiva-Lingayat seers had raised objections to the portrayal of Basaveshwara within the revised textbook. The announcement got here after a chronic assembly between him and Primary and Secondary Education Minister B.C. Nagesh.

The Chief Minister mentioned the cybercrime department of the Bengaluru police had already been requested to research into the authorship of the limerick that had allegedly distorted the Nada Geethe (State anthem) penned by Jnanpith awardee Kuvempu. Many Vokkaliga organisations and seers had sought motion towards Mr. Chakrathirtha sharing the objectionable limerick on social media.

However, the assertion didn’t trace at every other adjustments within the revised textbooks, although objections had been raised from varied quarters. Mr. Bommai, in truth, said that the variety of classes of Kuvempu included within the textbooks had risen from 7 to 10 within the revised syllabus. A lesson on Kempe Gowda had been added too, he added.

Biden says US 'won’t stroll away' from Middle East