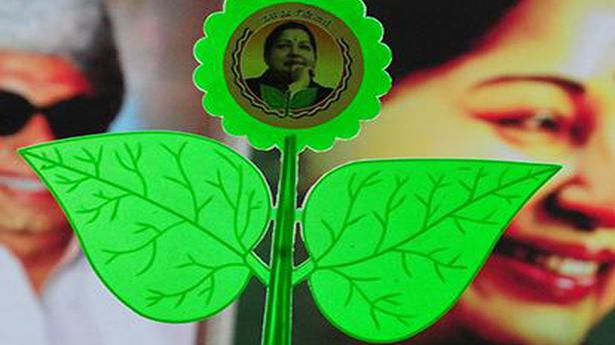 The proposal to create the submit of interim common secretary and the absence of commendation of Prime Minister Narendra Modi are the highlights of the agenda of the assembly of the AIADMK’s common council scheduled for July 11.

A perusal of the agendas of the upcoming assembly and the June 23 assembly reveals that whereas the primary merchandise — creation of the submit of interim common secretary — is an addition, the second — laudatory reference to the Prime Minister — is an omission.  One of the 23 resolutions rejected on the final month’s common council assembly pertained to the commendation of Mr. Modi for the style wherein the COVID-19 vaccination programme was applied nationwide.

Just a few days in the past, Natham R. Viswanathan, one of many organisation secretaries, stated Edappadi Okay. Palaniswami can be made the overall secretary on the subsequent common council assembly.

As for the absence of reference to Mr. Modi, the previous Minister says it has been felt that there’s “no need” for the AIADMK to commend the Prime Minister because the assembly is an “internal matter”. Moreover, it was on the insistence of coordinator O. Panneerselvam that the movement on Mr. Modi was proposed for the final assembly.

However, one other former Minister says any matter apart from what has been talked about within the agenda for the subsequent week’s assembly will be introduced in on the final minute.

Another side of the agenda for the July 11 assembly is that the primary of the 16 draft resolutions refers back to the expression of greetings to the newly elected office-bearers, whereas within the agenda for the June 23 assembly, it spoke of the ratification of their election, aside from congratulating them.

Answering questions from reporters on Tuesday whether or not Mr. Panneerselvam can be expelled from the celebration, D. Jayakumar, one other organisation secretary and former Minister, replied that it was as much as the management to behave in opposition to these indulging in “anti-party activities”.