Annamalai’s claims on pension funds are in opposition to reality, says Finance Minister 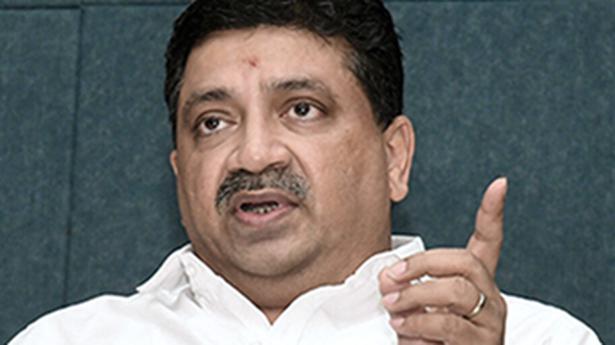 Mr. Thiaga Rajan stated the Contributory Pension Scheme was launched by the AIADMK authorities in 2003, and all workers of the State authorities had been members below the scheme. A complete of 6,02,377 workers had been a part of the scheme as on date, he stated.

He stated the members and the State authorities contributed 10% every, and the quantity was credited on to the person accounts of the members. The authorities had been usually paying curiosity on the contribution. “This is being administered since 2003 by the State government. Whether to join the National Pension Scheme (NPS) or not is a policy decision of the government,” he stated.

“The government has set aside these funds only for the pension of the government employees. The member’s contribution, the State’s matching contribution and the interest are credited directly to their individual accounts, and have not been used for any other purpose till now. Even in the future, these funds will be used only for the pension of the members,” he stated, including that the curiosity for the present 12 months was 7.1%, and was being credited to every member’s account each quarter.

The Finance Minister stated the funds had been being administered transparently, and the small print had already been tabled in a coverage be aware within the State Assembly and made public.

Earlier, Mr. Annamalai had claimed that the Tamil Nadu authorities had not deposited ₹10,436 crore in pension funds with the Pension Fund Regulatory and Development Authority (PFRDA). Mr. Thiaga Rajan identified that PFRDA was solely a regulatory authority, and nobody may deposit any cash with it.

“Mr. Annamalai is only trying to cause confusion among government employees with his lies. He is trying to divert people’s attention. This only shows his ignorance and lack of knowledge of issues of financial administration,” he stated.