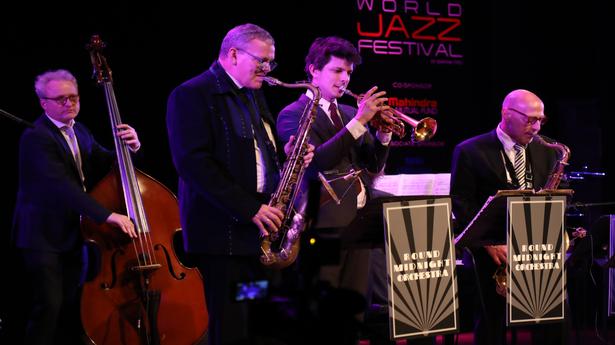 Following its success in Mumbai and Pune, Banyan Tree brings the World Jazz Festival to Bengaluru this 12 months

Following its success in Mumbai and Pune, Banyan Tree brings the World Jazz Festival to Bengaluru this 12 months

For their second version, the World Jazz Festival in collaboration with Banyan Tree and the Amersfoort Festival of Netherlands involves Bengaluru on June 3. Artists from the Netherlands, South Africa, Spain, America and India, will take part within the occasion.

Launched in 2020, the purpose of Banyan Tree’s World Jazz Festival was to deliver world-class jazz to India. “We’ve been to quite a few jazz concerts abroad and when we attended the Amersfoort Festival of Netherlands we thought it would be a good idea to bring that beautiful presentation to India too. We know for a fact that there are a substantial number of people here who love this genre of music,” says Nandini Mahesh, one of many administrators of Banyan Tree.

While Mumbai-based Banyan Tree has introduced Hindustani, Carnatic and fusion live shows to Bengaluru, that is the primary time they are going to be presenting a jazz occasion. “Audiences in Bengaluru are special when it comes to appreciating different genres of music. It’s truly heartwarming and all the efforts seems worth it when we see their response,” provides Nandini.

Talking concerning the artistes who will likely be performing for this version, Nandini says, “Each one is a master of their chosen art. Alexander Beets, one of the directors of the Amersfoort Festival and Saskia Laroo and her band, were a part of the first edition and will be back again this year. Saskia was a huge hit in Mumbai — she was spellbinding on stage and amazing as she interacted with school children at another event.”

According to Nandini, Prasanna often known as Guitar Prasanna, is relaxed performing classical Carnatic as he’s with a rock ’n’ roll band. “He’s like a chameleon; he transforms for whichever genre he chooses to play. It’s a rare talent,” she laughs.

The Alexander Beets Quintet that includes Paul van Kessel and Nathalie Schaap, the Saskia Laroo Band and Prasanna will likely be performing in Bengaluru on June 3, for the World Jazz Festival on the MLR Convention Centre, JP Nagar from 7.30 pm.

The World Jazz Festival will proceed in Mumbai on June 4 and 5.

Tickets can be found on www.bookmyshow.com