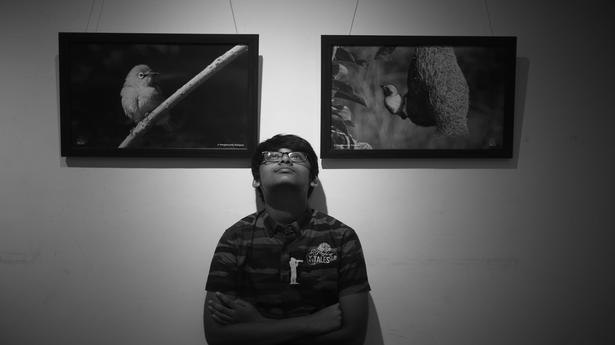 Amoghavarsha Patlapati, a category 9 scholar, is enthusiastic about capturing wildlife on his lens

Amoghavarsha Patlapati, a category 9 scholar, is enthusiastic about capturing wildlife on his lens

While most kids are hooked to their screens, Amoghavarsha PH, appears to the wild to unwind. The 14-year-old is an avid photographer. He had a solo present of his pictures, Moghi’s Tales’ at Chitrakala Parishath. “The show featured different species I captured,” says Amoghavarsha.

Crediting his mother and father for triggering his ardour for images and wildlife, Amoghavarsha says, “They travelled extensively. Once I turned four, I tagged along. During these travels, research on wild animals was a given. My mother, Chaitra, is into wildlife photography. I love the way she used lights and captures nature on her camera. She is my inspiration and soon she started handing me her camera and I was hooked.”

Amoghavarsha, who obtained his digicam when he turned 9, says endurance is vital in when capturing wild life on movie. “We have to attend to identify an animals. Things like readability of the shot and the motion or stillness of the animal, come into play for {photograph}. Each species lends a distinct story and expertise. “

While tigers have been simple to identify and seize, Amoghavarsha discovered the elusive leopards with their superior ranges of camouflage a problem. “There is just one black panther in Nagarhole, and it took me many months to spot. Flamencos were also a challenge. They took me a month to spot. I would wake up at 4 am and take an hour-long drive into the forest and sit still with my camera to try and capture the species in their natural habitat.”

Amoghavarsha says he has began sharing his experiences along with his classmates and friends to encourage their curiosity in wildlife and conservation.

Inflation is just not the one demon

Rupee features 4 paise to 82.66 in opposition to U.S. greenback in early commerce